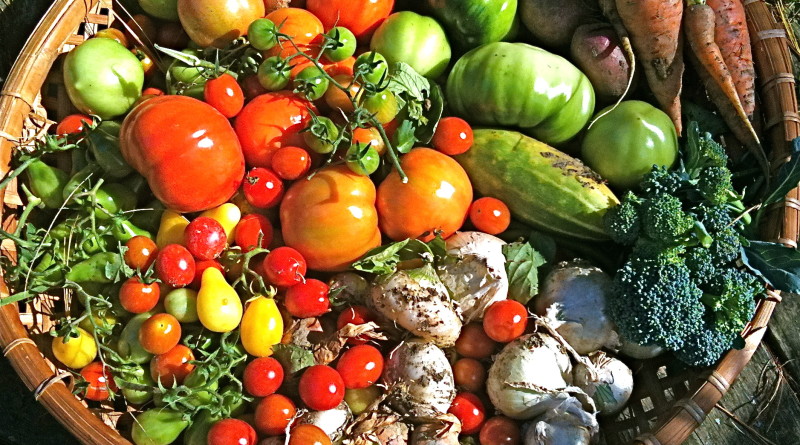 I had a friend come by a day ago to took a look at my new chicken coop which, you can find here.   He liked it so much, he asked me, if he could buy the chicken coop? I told him, I might sell it for the right price. What I quickly realized is, I’m here preaching about self-sufficiency and I’m about to sell my own.  That doesn’t make any sense….. or….does it?

I had to almost take off my sales hat because here, I had a guy that was willing to buy my chicken coop for significantly more than I had in it. What I really wanted to convey to him, is the knowledge (and some help) to do it for himself and give him a hand.

So, I offered instead to help (a little) him build his own. I also offered some of the resources I had (A lot of lumber I have acquired inexpensively and saved which, I’ll talk about below).  What I requested in exchange is a barter. He is a farmer…..and a pretty good size one too. I was able to negotiate months worth of fruits, vegetables, and herbs (as much as I wanted for my own family) in exchange for my help and some lumber.  Bam!  great deal for me, great deal for him!  Win-win….

Where and why did I get all of that lumber? and How YOU make your self-sufficiency work for you!

For instance, all of my planter boxes are made from 2” x 12” Rough-cut redwood and 4” x 4” Redwood post that I had purchased from these auctions. If I had purchased them at the lumberyard, I would’ve paid five and six times what I paid for at auction. I literally have maybe, $250 into my raised beds.

For me, self-sufficiency is partly having the materials I would like to have for jobs that I want to do. At the time I made the lumber purchases, I didn’t necessarily immediately need the lumber right then and right there. But it was such a good deal at the time, I bought it and now it’s paying off.

I encourage you to make a plan of your property. You can go to Google Earth; screen shot it, print it and start doodling. Map everything!… garden, animals, shop space, irrigation, power, etc.

I had spent enough time looking at my property and creating for myself a plan, that when I was ready to take on another project, I had it already planned out. I generally knew what everything was going to look like, how I wanted to build it, and what materials I’d need. When these materials came up at auction, I’d jump on it in anticipation of the future. When the time came for me to use it, I had so very little invested in it, I could afford to make it nicer than I normally would be able to afford.

What that’s done for me is that hat it has improved the value of my property because looks great, it has allowed me to build a quality that’s much higher than I could normally afford; which has given me another benefit, because of the level of quality, I don’t have to continually repair things.

I had someone tell me, I was lucky. He insisted, I was lucky to be able to get cheap lumber and cheap materials. He told me, he could never do that or afford to do the projects I was doing. I told him, I didn’t believe too much in luck. What I did believe was that I prepared (saved a little here and there) and when that preparation met opportunity, I was able to take full advantage of it.

So if this makes sense for your situation, I encourage you to look for auctions near your home. When you have a little extra money, buy some lumber, by something that will allow you to leverage it in the something useful for you, something that will provide for your family, something that will move you one step closer to self-sufficiency. Use your resources and skills to your benefit. Others will see them and want them also.  Doesn’t matter if you’re an expert in building or computers.  Use what you have at your disposal.

Thank you so much for allowing me into your home and allowing me to show you some of the things that I’ve done. Hopefully it helps. Self-sufficiency is such an amazing thing! It will bring you so much freedom. The sleep you’ll get at night just from knowing that YOU are the master of your own destiny. You can provide good healthy things for your family, and teach them skills that will last forever.